European Space Camp 2016 was the camp’s 20th anniversary. With a visit from ESA astronaut Christer Fuglesang, witnessing a big sounding rocket launch on the arrival day and getting to launch Pointy Science Thingy up to 9 km of altitude, it was a week to remember.

“European Space Camp is an experience one will never forget, and somewhere we all will dream of going back to.” 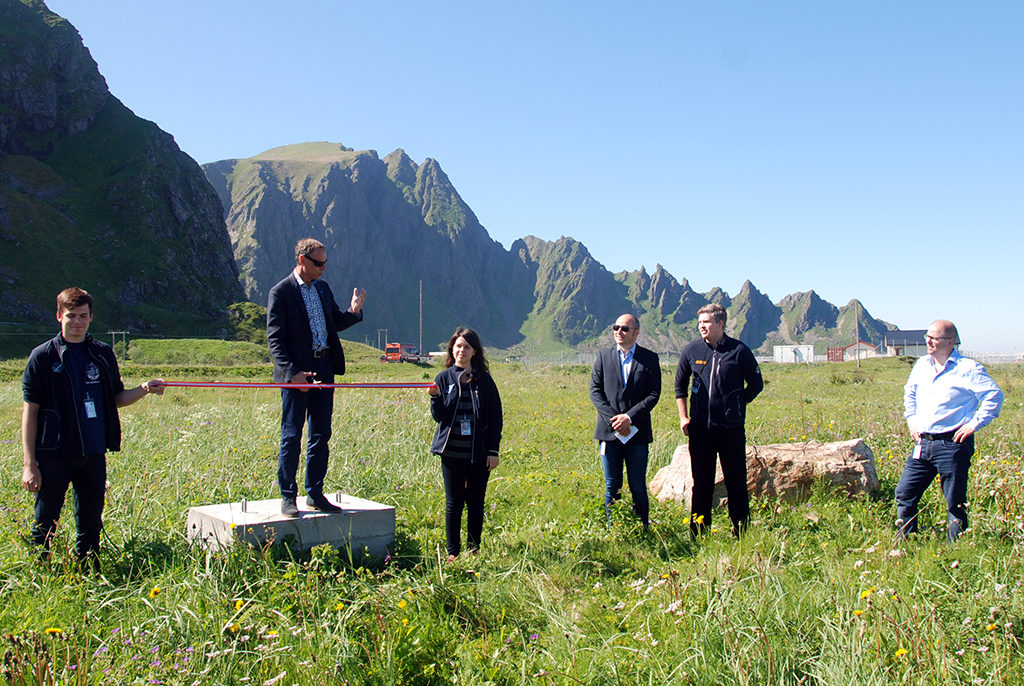 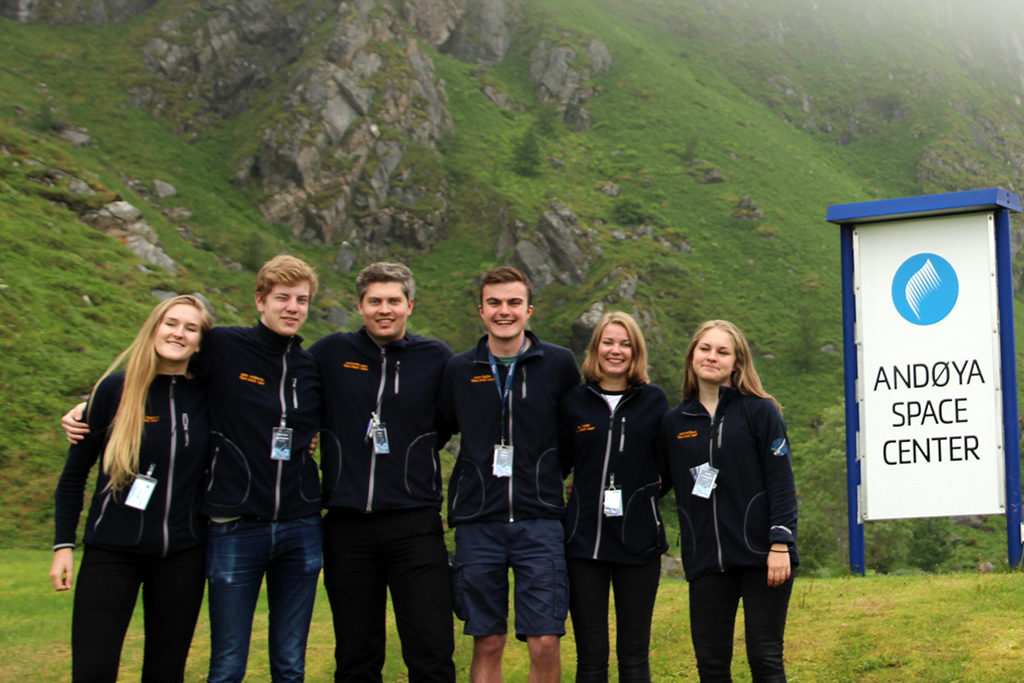 In the morning, those of us who had arrived the day before ate breakfast, left for the ASC and played volleyball while waiting for the rest of the participants to arrive. We started off with some ice-breaking games and when we were about to have lunch, we had to evacuate. The scientists were launching a rocket. We made our way to a safe distance from the ASC and watched the launch. It was so cool! Soon afterwards we had the opening ceremony and we finished lunch. Later on we had a presentation given by Christer Fuglesang, detailing his experiences as an astronaut. Then we had a guided tour through the facility and a lecture about Imagination and Mathematics by Alexander Biebricher. At the end of the day we had a team challenge where we were asked things such as building towers out of marshmallows and spaghetti. Finally, we proceeded back to the hotel. It has been an amazing first day.

Looking forward to the rest,
Benjamin, Tora and Irene.

We started the day with a game of «stiff witch» and then ate breakfast. The first lecture was about the different groups we will be divided into. Afterwards we were divided into groups who watched a movie about the northern lights, riding the spaceship Aurora and competed in a space quiz (go Space Puffins!). We then had a lecture on rocket physics by Alexander. We had lunch, drove to ALOMAR, the LIDAR station in the mountains, and got a tour of the facility. The view was great, so we took many pictures from the roof. After eating in the grass, carefully avoiding the sheep excrement, we went for a hike towards Andhuet. Eoghan and Christoffer found a perfect spot to recreate the ending shot from Starwars: The Force Awakens. Back at the space centre, we got an hour and a half to prepare a dance for a dance-off. At the hotel the dance battle begun, the first performance by the leaders set the bar (almost) through the roof. All the others groups had great dances and Jack recreated the first dance and almost went through the roof again.

We met the challenges of the day by becoming a part of the space hippie society which was launched in the morning. Eoghan and Nina surprised us with a space yoga session wearing tinfoil hats. Afterwards, we were divided into our groups where everyone worked on different aspects of rocket assembly and telemetry. Subsequently, we met up for an interesting lecture on balloons by Alex. We were then introduced to the space hippie philosophy by their one-eyed leader; Didrik. Later, we were sent off to collect “space junk” as a part of a GPS treasure hunt during which we witnessed a horrifying mosquito attack at the famous Eoghan Mountain. To cool off a bit after the tiring day, we decided to take a swim 69 N in one of the lovely beaches at Andøya which was approximately 6C.

We started the day off with a game of tic tac toe before having breakfast. Then we went on a sea safari. We saw three sperm whales and two puffins north of Andøya, with the beautiful backdrop of surrounding snow caped mountains. After the sea safari, we went back to the space centre, where we had an engineering challenge to see who could protect a water balloon from the highest drop. Group “no name 2” took home the trophy for successfully transporting green vegan juice to the surface of the moon. Each group then gave a status update on their progress with the student rocket, and it was nice to hear how all the different groups were making progress.

Although our beauty sleep had to be aborted early this morning, a kind of sportive cardgame still was great to get us up and running (literally). Directly after arrival at the space center there were three lectures with Rune Sandbakken and Cathrine Brecht. We got to continue our group work after a quick update with the other groups, ending in a weather balloon launch from group E and a hybrid rocket test by group A. We also met the amazing Sophie Allan, who taught us about the future of martian spaceflight. The last part of the day we spent launching the model rockets groups A and E made earlier as well as making air-powered paper rockets. We ended off the day with a NASA survival quiz and are ready for the launch tomorrow.

Note: Beware of taking part in a rocket competition with Jack Davis. You WILL lose.

We began another fine day of European Space Camp with a challenging tournament featuring the game ´Swoosh ball´. After a nourishing meal for breakfast, the group split into two: those going to Bunnpris and the few who are not total weaklings willing to brave the cold water of the Norwegian Sea. After this, we had a sponsorship presentation which ended with a video from Danish astronaut, Andreas Mogensen, congratulating ESC on its 20th anniversary. This was followed by a presentation from Group A announcing the pre-calculations for the rocket launch which occurred later on in the day. After lunch we had a photoshoot including group photos, team photos and a camp photo (both serious and funny, as required). In the afternoon, we had two lectures from Alv Egeland, a world renowned professor from the University of Oslo. The first lecture was on ´The Golden Age of Aurora Research´ and the second was on ´Kristian Birkeland´, both topics very interesting to the keen participants. Next up we had the pre-flight meeting which introduced the participants to a six page long count down procedure before we had the last supper prior to the launch. Finally, after six days of anticipation and suspense, the time had come to launch our rocket: ´Pointy Science Thingy´, a name debated for millennia on a Facebook poll. The intercom was a very popular source of entertainment for those listening to the very professional automated countdown voice. The rocket launch went smoothly and we are all very proud to say Pointy Science Thingy was a success. Then came the analyzing of the data… Until 11pm when we were finally given parole (for the night, except for those writing the diary). Please let us sleep now. We are so tired. Okay, thanks, bye.

Rain drops were falling on our faces as we stepped outside. So we were lucky when the morning gathering was cancelled. Because of that we got more time for breakfast. After getting to the Rocket Range we had the honor to have three lectures from Egil Lillestøl about Astroparticle Physics and the global energy problem. It was all very interesting but right after this we had to continue our calculations on the rocket data. Some had worked the whole night for getting the analysis done. Then every group presented their work. We got some energy from sweet waffles to continue the preparing the ESC Show. After dinner we had the official closing of the camp. The ESC Show, where every group presented their sketch/song/play, was amazing! So we had a very funny ending of this week and we will remember it a long time!